Sitting majestically on a large hill above the Syambunath Stupa, Osel Ling is home to over 100 monks from across the Himalayas. The late meditation master Tulku Urgyen Rinpoche, who later entrusted the monastery to two of his sons Tsoknyi and Yongey Mingyur Rinpoche, established the Gompa in 1994. The monastery has a three-year retreat center as well as a Shedra. The HMF has sponsored a weekly clinic at the gompa since 1996. 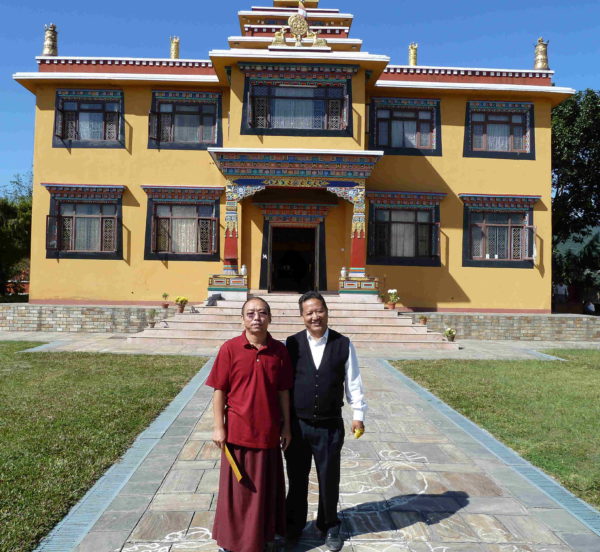 Tashi Lama and Chhiring in front of Osel Ling Monastery