Ka-Nying Shedrub Ling Monastery is one of the largest monasteries in Nepal located just a moment’s walk from the famous Boudhanath Stupa. Upon the request by His Holiness the Sixteenth Karmapa, Kyabje Tulku Urgyen Rinpoche began construction of the Gompa in 1972 and it was completed in 1976. Tulku Urgyen Rinpoche died in 1996 whereupon his eldest son, Chokyi Nyima Rinpoche succeeded him as abbot. Today the monastery has a population of close to 200 monks. The HMF has sponsored a clinic at the gompa three times per week since the foundation’s inception in 1993. 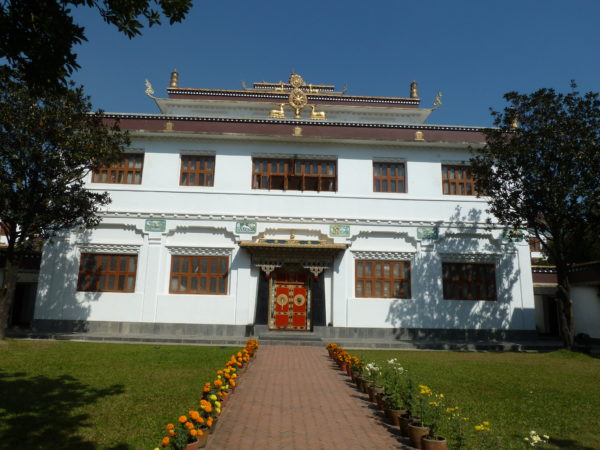